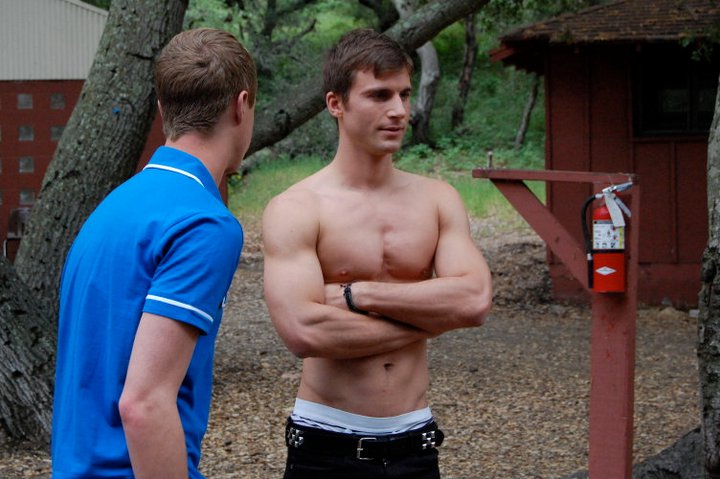 Aaron Milo is a male model and actor who starred in a couple of the ‘Eating Out’ movies.  We’re surprised that we haven’t seen more of him, especially with a rock solid body like that.  Last year was his first breakthrough role so maybe he’s just getting started.  We would love to see what’s under those shorts.