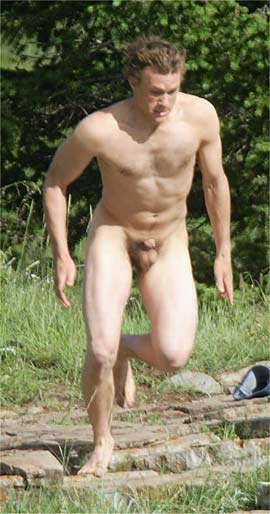 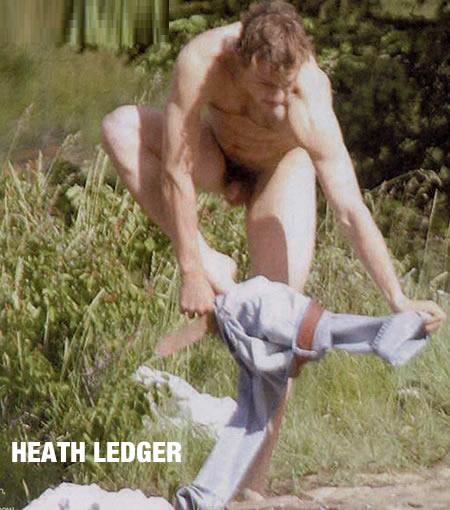 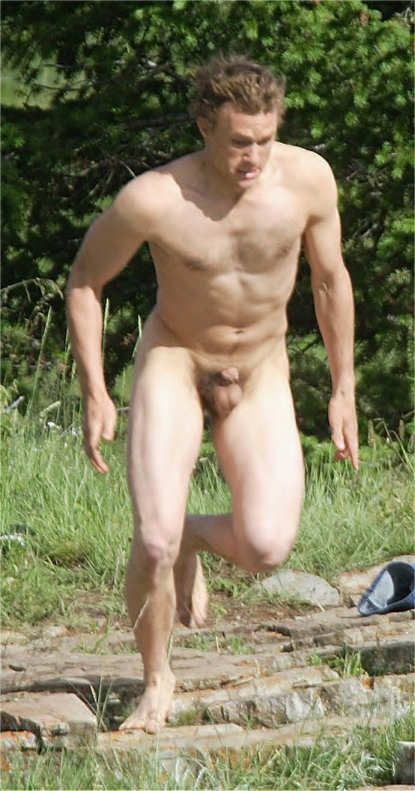 These pictures of the famous Hollywood male celebrity Heath Ledger were taken by Paparazzi during the shooting one of the scenes of the 2005 drama “Brokeback Mountain”, where his character had to jump into a lake completely nude. The Director Ang Lee intended to remove all frontal nudity from the film, but the Paparazzi hurried to spread the pictures of naked Heath Ledger in the Internet and some magazines. Still you can see this nude scene in the European version of the movie.