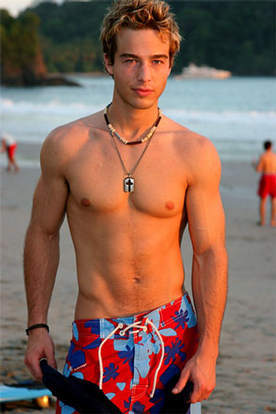 Ryan Carnes got his start as a soap hunk right after college.  He was on ‘General Hospital’ and then later ‘Desperate Housewives’.  He’s played several gay roles in his young career, but claims he’s not gay.  We thought you’d enjoy this naked picture of Ryan Carnes we found…not sure where it’s from yet.